This beginner’s guide explains the concepts of relative, absolute, and mixed reference in LibreOffice Calc.

Relative reference changes when copied to other cells in a worksheet because it has an offset number to another cell which is not fixed. By default in LibreOffice Calc, all references are by default are relative. However, you can convert it to absolute reference using '$' sign as explained in the next section.

In the example shown above, the formula in D2 contains two relative references that will change as follows when copied down column D:

In contrast to relative reference, an absolute reference refers to a cell or a range that is “locked” and it won’t change when you copy or drag the Calc cell handle in consecutive cells or ranges.

An absolute reference refers to an actual fixed location in Calc.

An absolute reference for the range A1:A10 looks like this:

Mixed reference in Calc is a reference where both absolute and relative reference exists. For example, the following references have both relative and absolute components:

You can toggle between relative and absolute reference using F4. This is much faster when you are working with a huge set of worksheets and formulas. Just hit F2 to enter into the edit mode of a cell and keep pressing F4.

This explains the basics of relative, absolute, and mixed references. Drop a comment below if this article helped you. 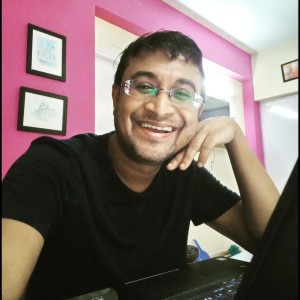 Creator of libreofficehelp.com. The aim is to help as many people with easy-to-understand tutorials and no BS. Connect with me via Telegram, Twitter, LinkedIn, or send us an email.

Very well explained. But I was searching of a different topic: I don’t change the cell with the reference. But the target is changed. E.g. Reference of cell C2. Insert coloumn / cells before. Reference is updated automatically to D2. But I want to have the reference to C2 on any circumstance. It that possible as well?

More posts from this section:

This article explains two essential functions of REPLACE and SUBSTITUTE

This guide explains how to compare two columns of texts

1
0
Would love your thoughts, please comment.x